The Patriot Voice • May 25, 2021 • https://rhspatriotvoice.org/2916/news-and-features/how-have-teens-dealt-with-the-stop-asian-hate-movement/

How Have Teens Dealt with the “Stop Asian Hate” Movement? 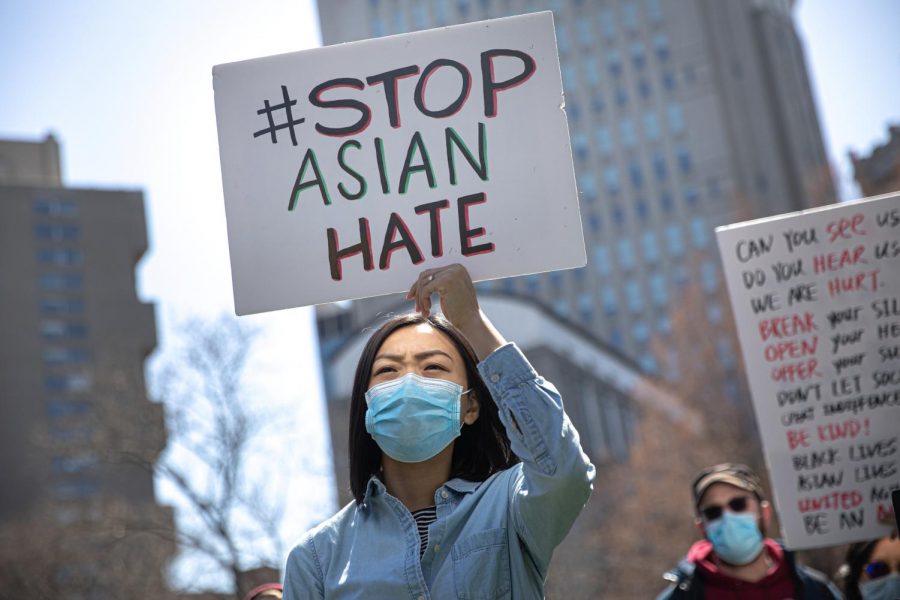 How have teens in particular dealt with the “Stop Asian hate” Movement?

Anti-Asian consists of hating a human individual for simply being who they are as well as despising their physical characterics and shaming them for it. Since the beginning of March and months before that there have been lots of videos and news that have been spiraling out of control due to horrific acts caused by human beings beating, sexually assaulting and verbally assaulting Asian American people. Some of these hate crimes have been committed in broad daylight. Others have taken place in the middle of the night. We have also seen these crimes across the country and across the world

February 20, 2021, a 85-year-old man was also attacked viciously. Kicked and pushed out of his seated walker onto the hard cement ground. An elderly man was treated like he didn’t matter? What is that? “I didn’t do anything to him.” says Rong Xin Liao, the victim. On March 30, 2021 a 65-year-old woman was violently assaulted while bystanders were just watching and not lending a helping hand. This blameless woman had no reason to be attacked the way she was by this man who kicked and punched her without remorse. Even then, her attacker has not been arrested yet because society does not seem to care to punish this person.

The violence has grown against Asian Americans and has increased throughout the world. You may ask how can we as a union make these hate crimes come to a stop? Protesting peacefully, it has been a huge effect that prevents hate and spreads awareness. We as human individuals have so much power with our voices, we want to be the voice of many that can’t speak for themselves. We can protest all over the world to get our point across in many languages. Even teens of all ages can come together to support and defend this movement.

The whole purpose of this movement is to empower a change within society and with the help of us teens and teachers  we can make a difference. Teenagers as well as teachers  have many opinions about Asian hate currently and sharing their thoughts is what’s important and powerful.

“People may think that Anti-Asian violence started because of the coronavirus — since it originated in China — but racism against Asians Americans has existed in our country for years.”

“Unfortunately, I do not think stopping Asian hate or really any type of hate is possible, as there will always be people who are unaccepting or scared of outsiders. The best we can do is bring attention to the problem and try to fix issues in our local communities in order to enact widespread change and allow Asians to feel safe.”

“I’ve noticed that the AAPI community doesn’t have a voice and we never speak out on our problems even in a time like this. So that’s why many of our AAPI youth are speaking up and taking a stand now. If I have to be honest as students we have not done enough to spread awareness to prevent harassment towards Asian Americans and Pacific Islanders. I don’t think we are doing enough because not many students are supporting this stand and showing their appreciation to not only the AAPI students in RHS but in the United States. But a certain group of students and faculty in the RHS are being that voice and showing their love and appreciation to the community. These people are the members of the AASA (Asian American Student Association) club run by both Mr. Nguyen and Mr. Kang who have been the activists and voices of the RHS community who are taking a stand.” 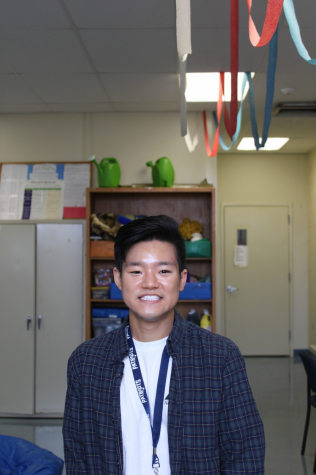 “I believe racial justice and equity issues towards Asian Americans have always been an issue. Ever since Chinese Americans first immigrated to America back in the early 1800’s, racism towards Asian Americans has been present. Even after 200 years, unfortunately, racism and hate against Asian Americans are very visible and has been more prominent after Covid-19.  The students are doing a great job spreading awareness and to prevent Asian American hate. This year, we were able to create a club at RHS called, “Asian American Student Association (AASA), where any students who would like to participate and partake in creating a community, learn more about various Asian cultures, how to help advocate for your Asian American peers, and to also have fun! This year, the students of AASA came up with wonderful ideas on how to celebrate Asian and Pacific Islanders Heritage Month with the high school. Also taking initiative, writing, collaborating, and creating articles like this is very helpful as well as spreading awareness!”

“Growing up Asian American and being told that we must protect and respect everyone I lived that way because it was what my parents and my teachers raised me to do. Little did I know that this was not something that everyone would practice. As I got older, I started to notice these microaggressions against Asian Americans and anyone who was a minority. In the last year, there has been an uptick of hate and it’s disgusting to see what people are behind the mask they wore throughout the year to be civilized. The moment that people were given a public figure that embraced racism, my life and many others changed for the worse.”

The majority of these teens strongly agree that nothing can really stop the people that assault Asian Americans but can for sure “bring attention to the problem” like Gregory stated above. Coming up with solutions is the best way to go about this movement and the more efficient method. It’s clear-sighted that these teens and teachers have a strong personal opinion on this matter. Some even feel like they can’t say anything at times and that is the issue that needs fixing.

So far we teens have come up with multiple solutions to help prevent and spread a huge amount of awareness for this movement. Protesting, posting awareness pictures on social media, drawings to show what is occurring  and different types of posters that help guide us to do better. Many methods including petitions, forming alliances that talk about other ways to speak out on Anti-Asian attacks and what other ways we can help as a community all over the world. This movement has been inspired from the last social movement that was created and is still continuing till this day which is the Black Lives Matter movement(BLM). The BLM movement is one of the most amazing movements that had and will have a big role in history and looking at all the process that was put into helping find justice for African Americans. That sparked a motion to help find justice for Asian Americans. Both of these movements are coming together as a strong, powerful and alluring union to defend and protect Americans.