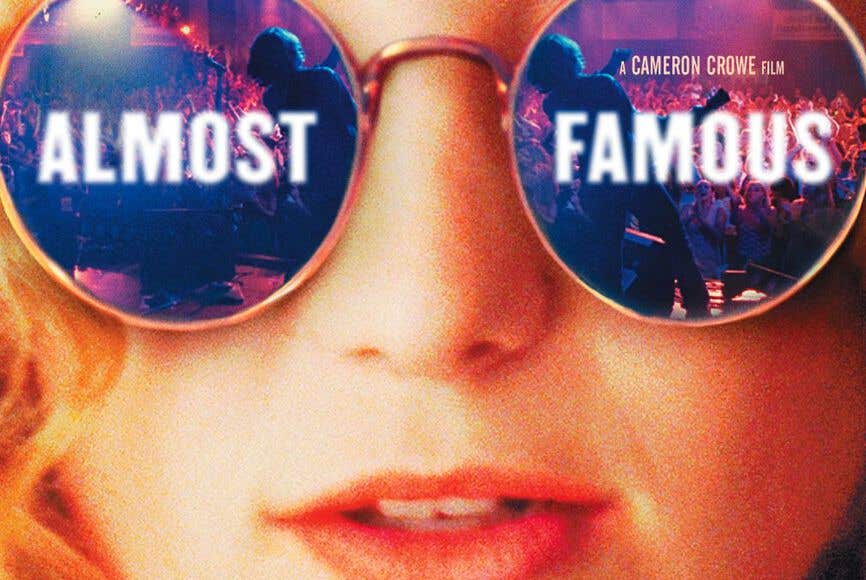 Almost Famous is a film centered around a teenage boy who tours with a rock band called Silkwater, to get a story for Rolling Stone. So it’s safe to say that this movie has no traditional plot structure since it is entirely character driven to that boy. We will get to him later, but first- the movie…

Almost Famous is not a movie made for me. Matter of fact, I don’t think it’s for anyone that is sober. Everyone’s delivery feels so awkward and out of place that either the actors are on drugs, or you have to be on drugs to enjoy them.

But with that being said, the only person who’s convincing in this movie was Frances McDormand. I understood her character, as the mother of the boy writer who cares deeply about him, and worries about him for hanging out with a loose-cannon rock band. Unfortunately, she only gets a couple of appearances so I have to stick with these half-asleep bastards for the rest of the movie. There is not a single person besides McDormand that is likeable, unless you sympathize with druggies and annoying rockstars.

And because this film doesn’t have a plot structure, they make up for that with things like 1. Cliché party scene. 2. Random argument that leads to the characters immediately reconciling like nothing happened. And 3. A half-assed romance subplot(my favorite).

Now I have the best for last! The protagonist. Actually, he isn’t even a protagonist since there is no antagonist. The only antagonist is the film taking two hours from my lifetime. And speaking of the runtime, I have to sit with this little brat for two whole hours and he is the dumbest person in the entire movie! Screw the hollow-brained “rockstars” and the ridiculous character that Kate Hudson plays! The fact that this little bastard wants to put up with all of them- makes me wanna slap him right in his never-changing face! He should’ve listened to his mother and stayed home and get a real job, but this film has the audacity to paint her in a negative light! The actor who plays the boy(Patrick Fugit) has no acting range whatsoever. When the character is angry, he just talks louder from his normal speaking voice. Because that’s acting, folks.

Okay, I’m done. I’m getting tired of thinking about this movie as much as I was getting tired watching it. Enjoy two hours of dirt-brain rockstars and piss-head rock fans! Don’t forget your drugs! You’re gonna need them.